Adrian Ellis' comments on "What is the Future of Culture?" 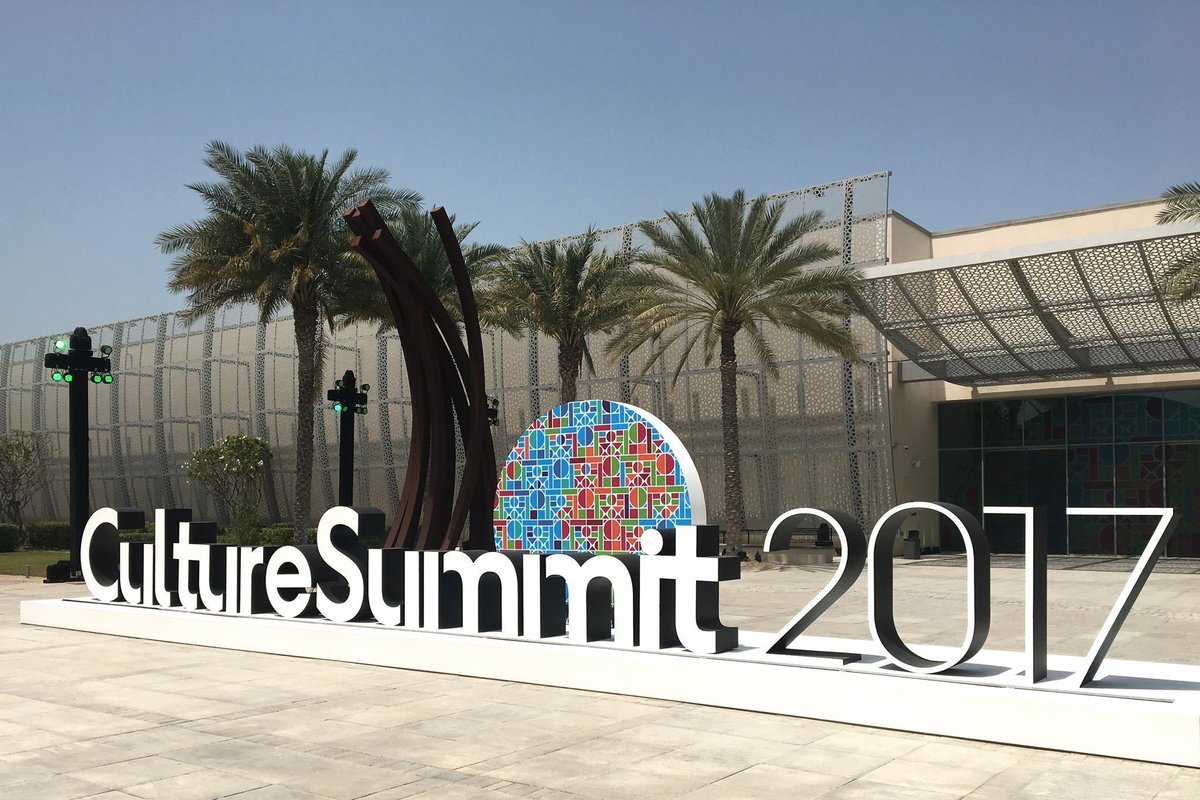 Adrian Ellis' comments on 'What Is The Future of Culture?': a panel discussion at the CultureSummit Abu Dhabi, 12 April 2017.

Who knows? Happy to make a fool of myself with three predictions.

The first is that it will be profoundly divided.

For much of the last few days we have been talking about culture in a broadly instrumental context: that cultural agents can contribute to addressing and educating people about some of the discontents of globalization and late capitalism – climate change, inequalities of gender and class, environmental degradation.  But there are other reactions to globalization's discontents – the rise of nationalism throughout the world – from India to America, China to France – and of fundamentalism where culture is also being 'instrumentalized'.  China spends over $10bn a year on soft power initiatives (while America spends about $700,000) according to a recent article in The  Economist.  One person's cultural diplomacy is another's propaganda. And terrorists' cultural vandalism – Palmyra, Bamiyan – is itself a type of cultural act.

The precise nature of the culture wars that we are witnessing is highly complex – within nations, and between them, and between the forces of secularism and fundamentalism. What we have witnessed to date is only a skirmish in the oncoming culture wars between conflicting visions of what constitutes the fundamentals of the good society.

What is difficult is that we all seem to be willing and enthusiastic strategists in the process of instrumentalization - or perhaps more accurately weaponization – using metrics and impact studies to prime our arms and show how cultural activities promote our own agendas for sustainable economic growth, urban living, and empathetic pluralism. But we should not lose sight of our own role in this weaponization of culture just because we think we are fighting on the right side of the multi-fronted battle.

My second prediction is that the bastions of high culture - orchestras, ballet companies, museums, ‘legacy institutions’ as they have come to be known - are in for a rough ride as they try to render themselves relevant and meaningful to the societies in which they live.  These societies do not necessarily value high art forms and that is reflected in their allocation of resources and in their national curricula and in the habits they are forming in their young.  We live in a time of considerable cultural vitality, and innovation but both artists and audiences are looking increasingly for informality; for flexibility; for intimacy; and for a pragmatic and fluid approach to the conventional divisions of labor between production and consumption ( making art and observing it), between art forms themselves and between things that have conventionally taken place in the for-profit and in the pubic or not-for-profit spheres.

Inflexible institutions with high overhead, weak balance sheets, an aversion to risk, a narrowly prescribed mandate, highly specified performance and display spaces, and precious and self-regarding  expectations of their audiences find it increasingly difficult to find traction in this changing context. It may be that the very apex of high culture – the Met Museums or the Berlin Philharmonics – have enough political and social clout to command the resources to survive and thrive. But the second tier and the third tier do not. Their decline will be noisy and distracting.

My third prediction is a bit ‘out there’. It is that conventional sources of curatorial authority, taste-making and connoisseurship will continue to be challenged and eroded – part of a wider assault on the social status of the expert and the result of the painful divorce of expertise from professional codes of ethics and standards of practice, with ensuing popular skepticism as to whether experts can be trusted to serve the public interest rather than that of the highest bidder. In that painful process, visual art’s role as a store of economic value will become erratic and unreliable; leading to a collapse in the art market, and a knock-on effect for museums, especially those – most – that have taken a big bet on contemporary art. Like all predictions, timing is everything, but I have no idea how long that one will take to happen!

I am aware that these three points do not sound like the usual TED talk techno-optimism but, like Dr. Madeleine Albright whose earlier comments I very much admire and endorse, whilst I am basically an optimist, I am also a worrier.